By CI Games6 marca 2017No Comments

After some internal discussion with the development team, a decision was made to delay the release three more weeks to complete some final implementations based on feedback CI Games received during the beta.

“We’ve worked tirelessly creating a whole new Sniper Ghost Warrior experience set in an ambitiously crafted open world new to the series,” said said Marek Tyminski, CEO of CI Games. “While it’s an unfortunate decision to delay the game one last time, we believe these final changes will result in a better experience for players worldwide on day one. Thank you for your patience – we know the wait will be worth it.”

Sniper Ghost Warrior 3 tells the story of brotherhood, faith and betrayal in the most complete sniper experience ever. Take the role of an American sniper named Jonathan North, who is dropped into enemy territory in northern Georgia, nearby Russian borders. Explore large open-world maps with dynamic weather and a day and night cycle that actually impacts play and decisions. Customize weapon equipment, accessories, vehicles and a drone, and utilize the three pillars of gameplay to your liking: Sniper, Ghost and Warrior.

Sniper Ghost Warrior 3 launches on the PlayStation®4 system, Xbox One and Windows PC on April 25, 2017. 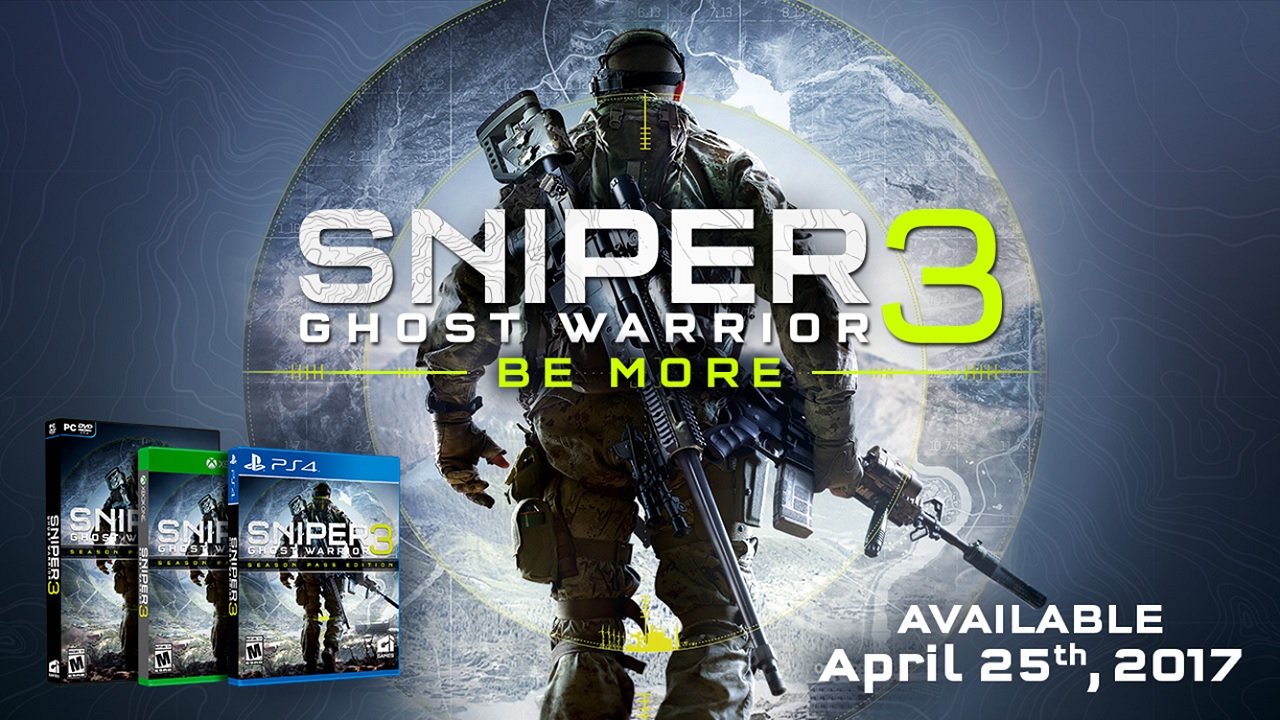