MANAGEMENT AND SUPERVISORY BOARD

CEO/Chief Executive Officer
President of the Management Board 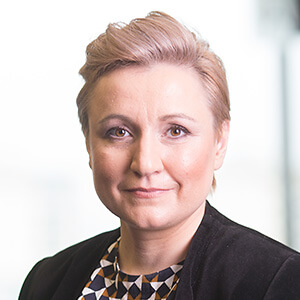 HR and Administration Director
Member of the Management Board

Monika Rumianek has many years of experience in the field of human resources management. She has been related with the HR industry since 2001. For 12 years worked for companies specialized in personal consulting, where she was responsible for realization of recruitment projects for Polish and international organizations. She joined CI Games in October 2013. Currently, she is the HR and Administration Director. She is responsible for all HR processes as well as for all matters related to administration and IT. Monika Rumianek is a Member of the Management Board of CI Games S.A. moreover, she also acts as a Member of the Supervisory Board in United Label S.A. 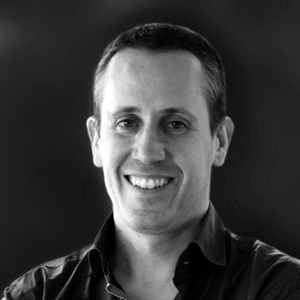 David Broderick is an experienced CFO, with more than two decades of strategic, technical finance and operational leadership. David has a wealth of finance, change management and M&A experience, having held the role of Group Chief Financial Officer at AIM listed Keywords Studios Plc for over three years until the end of 2019. Whilst at Keywords Studios Plc, he oversaw significant growth and profitability through a mix of high organic growth and acquisitions. Prior to Keywords, he was CFO at high growth software and aviation companies. He also worked for over eight years at Europe’s largest low-cost airline, Ryanair Holdings plc, where he served as Director of Investor Relations. During this time, he also oversaw the finance and operations of the Group’s inflight sales division.

Ryszard Bartkowiak graduated from the Faculty of Law and Administration at the Mikołaj Kopernik [Nicolaus Copernicus] University in Poznan (2000). He passed bar training for legal advisors [Okręgowa Izba Radców Prawnych w Bydgoszczy] and was admitted to the Bar as a legal advisor in Bydgoszcz (2006). He is been working on many different projects connected with comprehensive legal advisory for listed companies, investment funds and leasing companies as well as their transactions for 18 years. He is comprehensively experienced in the field of capital transactions, M&A transactions, joint venture and their restructuring as well as real estate transactions and corporate disputes. In the years 2001-2009 he cooperated with the GWW Law Firm (and as a partner since 2005). Since 2009 he is founder and managing partner on the BWHS Bartkowiak Wojciechowski Hałupczak Springer Law Firm with its seat in Warsaw where he manages corporate law and capital transactions practice. Ryszard Bartkowiak is a Member of Supervisory Board Auditing Committee.

Adam Niewiński is a Co-Founder and General Partner of OTB Ventures.

Graduated from the Warsaw School of Economics and is also an Alumni of Stanford University – Graduate School of Business.Before OTB, Adam was the Founder and CEO of Expander (Poland) as well as Co-Founder and Board Member of Platinum Bank (Ukraine).